Trick of the Dark

Synopsis:
When Charlie Flint is sent a mysterious package of press cuttings about a brutal murder, it instantly grabs her attention. The murder occurred in the grounds of her old Oxford college – a groom battered to death just hours after his wedding. As his bride and wedding guests sipped champagne, his alleged killers were slipping his bloodstained body into the river.

Charlie doesn’t know who sent the package, or why, but she can’t get the crime out of her head. And with her professional life as a clinical psychiatrist in tatters, she has plenty of time on her hands to investigate.
But as she delves deeper, and steps back into the closeted, mysterious world of Oxford colleges, she realises that there is much more to this crime than meets the eye. And every step she takes towards the truth is a step closer to danger…

McDermid’s mastery of this genre is evident

It’s an accomplished thriller, jumping from the past to the present and back with ease, taking in a range of characters and their perspectives. For me, the sign of a good thriller is that it leaves you pondering not whodunit within the pages but howdunit – how did the writer craft such a tricky tale – afterwards. Trick of The Dark had me ruminating for days.

Reading this is like viewing a particularly juicy episode of Inspector Morse with the added spice of a plethora of powerful gay women at the heart of mystery. Like Morse, it is wonderfully compelling stuff

A workout for the grey cells, perfectly executed. 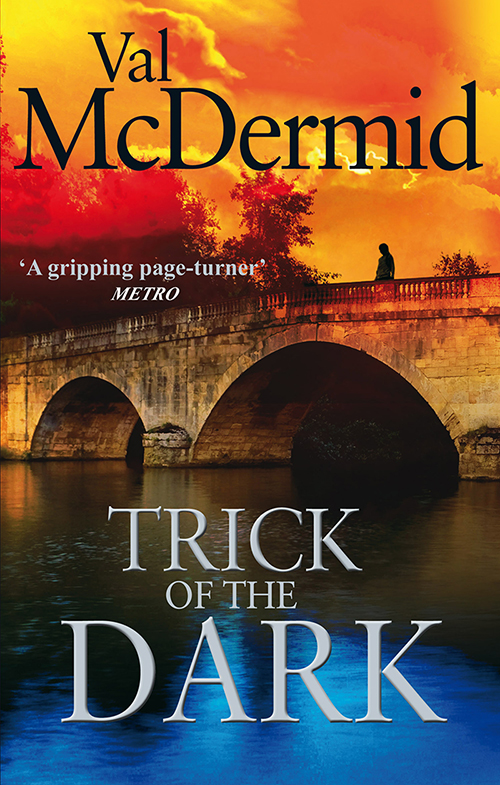 ‘It was fun to delve back into my past to conjure up images of life in an Oxford college for TRICK OF THE DARK. I should stress that my own experiences as an undergraduate at St Hilda’s College did not include murder except in the form of the detective novels that all my tutors seemed to devour. But this novel definitely involved a trip down memory lane for me.’

The Guardian Online – Val selects of her favourite fiction set in Oxford.