Welcome to Val McDermid's website. Val McDermid has sold over 17 million books to date across the globe and has been translated into more than 40 languages.

She is perhaps best known for her Wire in the Blood series, featuring clinical psychologist Dr Tony Hill and DCI Carol Jordan, which was adapted for television starring Robson Green and Hermione Norris. Her most recent TV series Traces aired in a BBC1 primetime slot in January of this year (2021), and a second series is currently in production, as is ITV’s adaptation of Karen Pirie, based on Val’s cold case detective of the same name.

1979, the beginning of a new series for Val, featuring journalist Allie Burns, is published on 19th August 2021. She has also published Resistance, a graphic novelisation of her critically acclaimed radio drama, illustrated by Kathryn Briggs, this May.

Val was chair of the Wellcome Book Prize in 2017 and has served as a judge for both the Women’s Prize for Fiction and the 2018 Man Booker Prize. She is the recipient of six honorary doctorates and is an Honorary Fellow of St Hilda’s College, Oxford. She is Visiting Professor in the Centre of Irish and Scottish Studies at the University of Otago in New Zealand. She is an experienced broadcaster and much sought-after columnist and commentator across print media.

Val is also lead vocalist with The Fun Lovin' Crime Writers, possibly the only band made up of crime writers ever to play at Glastonbury! 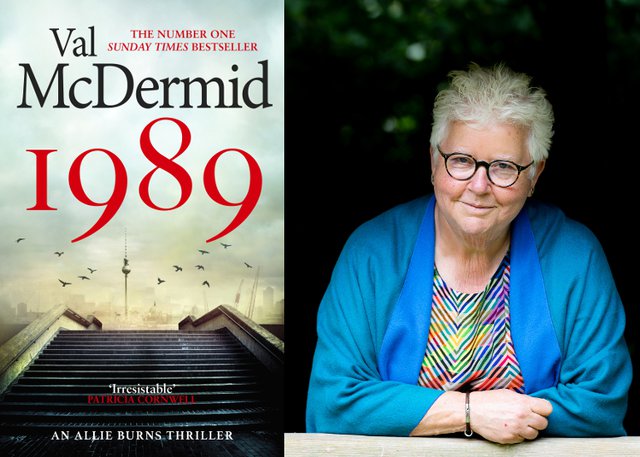 1989: The brand-new thriller from Val McDermid

1989. The world is changing, and Allie Burns is still on the front line, covering the stories that count. Although Allie is no longer an investigative journalist, her instincts are sharper than ever. When she discovers a lead about the exploitation of society's most vulnerable, Allie is determined to give a voice to those who have been silenced. As Allie edges closer to exposing the truth, she travels behind the Iron Curtain, to East Berlin on the brink of revolution. The dark heart of the story is more shocking than she ever imagined. And to tell it, Allie must risk her freedom and her life…

The Sunday Times pick of the best thrillers for August 2021

The Queen of Crime Val McDermid joins Fiona Lindsay in session to discuss 1979, the unmissable first thriller in her electrifying brand-new series. An era-defining masterpiece, this atmospheric heart-pounding novel is Val McDermid’s 35th novel and the start of her first new series in almost twenty years.

More about this event…

Val comes from Kirkcaldy, Fife, and read English at St Hilda’s College, Oxford (where she is now an Honorary Fellow). She was the first ever student from a state school in Scotland. Following graduation she became a journalist, and worked briefly as a dramatist.
Her first success as a novelist came with Report for Murder The first Lindsay Gordon Mystery, first published in 1987.

Among her many awards are the Portico Prize for Fiction, the LA Times Book Prize, the Lambda Literary Pioneer Award and the Cartier Diamond Dagger. She has published 36 novels, short stories, non-fiction and a prize-winning children’s book. She is a regular broadcaster for BBC radio and lives in Edinburgh.

Val says: “I never imagined when I started on this journey that I would have the success that has come my way. All those novels, radio plays, short stories, non-fiction and even a children’s book make a significant pile that I have every intention of adding to. I divide my year between writing and promoting my work at home and abroad, and when I’m not travelling, I divide my time between Fife and Edinburgh where I live with my partner. Most days, I feel like one of the very lucky ones.” 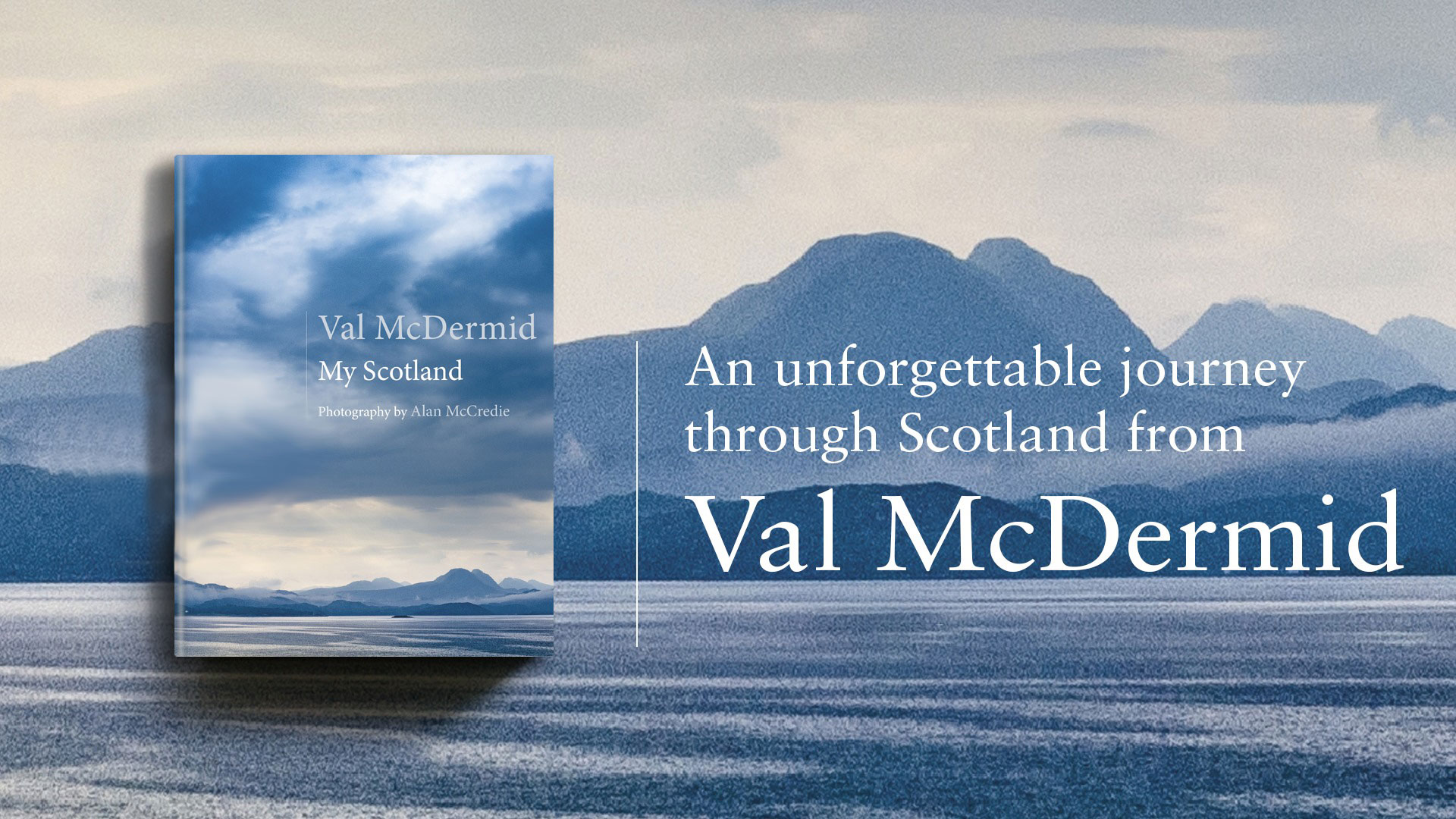