Wire in the Blood

Wire in the Blood… 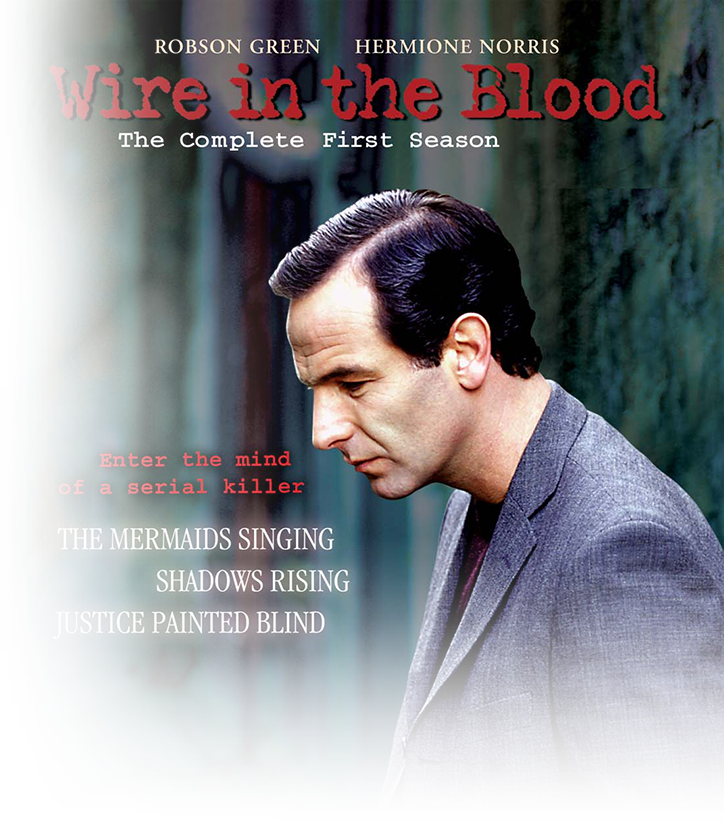 Wire in the Blood was a British crime drama television series, created and produced by Coastal Productions for the ITV network that ran from 2002 to 2009. The series is based on characters created by Val McDermid: a university clinical psychologist, Dr. Anthony “Tony” Valentine Hill (Robson Green), who is able to tap into his own dark side to get inside the heads of serial killers. Working with vice squad detectives, Hill takes on tough and seemingly impenetrable cases in an attempt to track down the killers before they strike again. 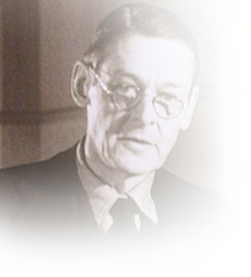 As for the meaning… In an interview Robson Green said the phrase wire in the blood was taken to mean a genetic kink, something impure and unusual in the blood, that leads to the kind of psychosis Hill might deal with.

Val McDermid says: “Who knows what Eliot really meant by that line? Robson’s explanation is as good as any… For myself, I’ve always taken it to be a metaphor for the thrill of adrenaline surging through the bloodstream. But we’ll never know for sure”. 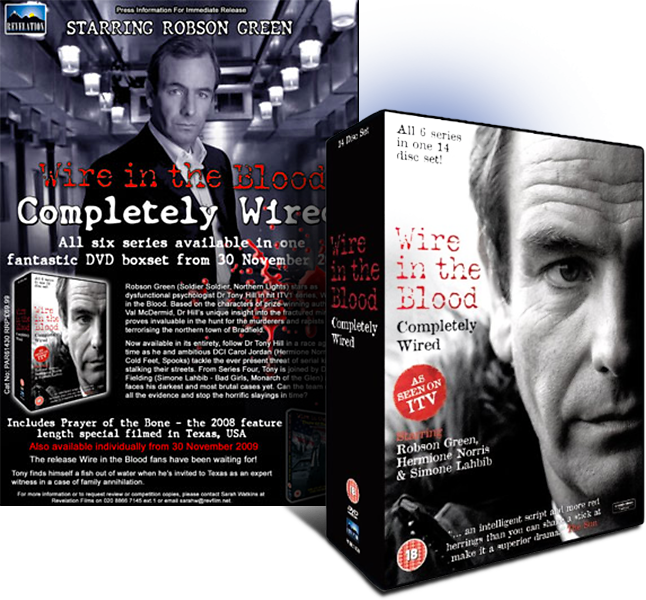 Wire In The Blood – Completely Wired

All six series available in one fantastic DVD boxset

Robson Green (Soldier Soldier, Northern Lights) stars as dysfunctional psychologist Dr Tony Hill in hit ITV1 series, Wire in the Blood. Based on the characters of prize-winning author Val McDermid, Dr Hill’s unique insight into the fractured mind proves invaluable in the hunt for the murderers and rapists terrorising the northern town of Bradfield.

Now available in its entirety, follow Dr Tony Hill in a race against time as he and ambitious DCI Carol Jordan (Hermione Norris – Cold Feet, Spooks) tackle the ever present threat of serial killers stalking their streets. From Series Four, Tony is joined by DI Alex Fielding (Simone Lahbib – Bad Girls, Monarch of the Glen) as he faces his darkest and most brutal cases yet. Can the team collect all the evidence and stop the horrific slayings in time?

The release Wire in the Blood fans have been waiting for!

More about Wire in the blood… 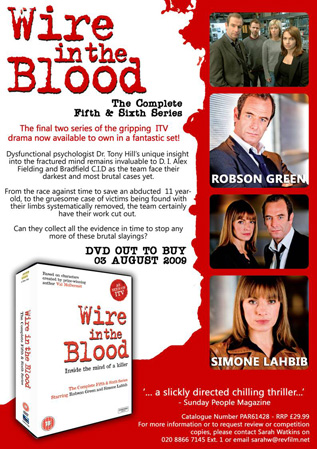 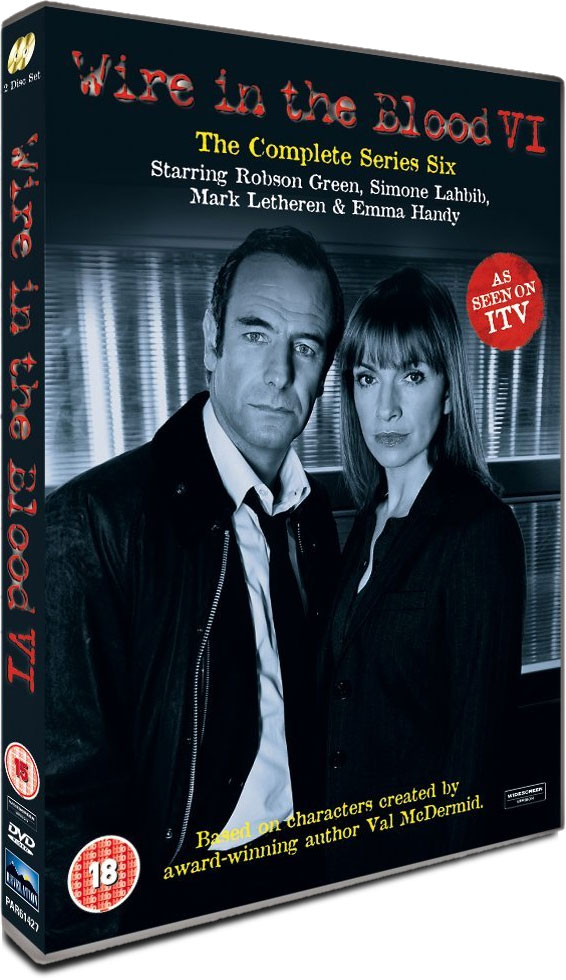 ITV Fail To Recommission Wire In The Blood

I’m very sad to report that ITV have refused to recommission WIRE IN THE BLOOD for a seventh series. All of us involved with the show have been in a state of shock since we got the news. It’s inexplicable to me.

In spite of the fact that ITV have never given us a regular slot, the show has gone out at varying times of the year, on different nights and in at least three formats in terms of length, we have consistently delivered some of the highest audiences for any ITV drama. We have consistently been the most-watched show on any channel. According to official ratings figures, well over 90% of our viewers regard the show as an appointment‚ with the TV ie, they don’t just watch because there’s nothing else on. The show is seen on 120 channels world-wide. It’s won awards, it’s just been shortlisted for an Edgar by the Mystery Writers of America.

Year after year, Coastal have produced fantastic quality on a shoestring budget that has diminished in real terms. They’ve brought millions of pounds into the economy of the North East of England and because they’re the only company in the region producing network drama, this axing means a loss of skills and a loss of voice that goes way beyond our personal interests. 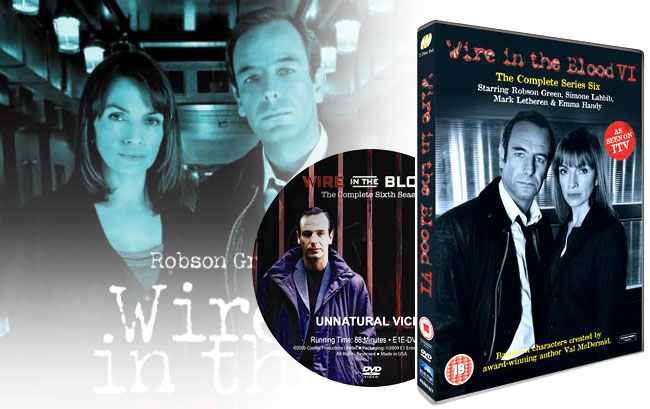 Wire In The Blood VI DVD

Wire in the Blood series VI out on DVD

The sixth series of this massively popular drama comes to DVD on 2nd March 2009.
Dr. Tony Hill is back in four more dark, gripping episodes of ITV’s thrilling series Wire In The Blood.

Socially awkward and unorganised, and with his private life spilling from his favoured plastic bags, Tony Hill’s unique insight into the fractured mind remains invaluable to Bradfield C.I.D. as the close knit team continue to hunt for the killers, rapists and sadists stalking their streets. And, in this series, nobody is safe.

In episode one, “Unnatural Vices” the victims are having their limbs systematically cut off, apparently while they are still alive, with the masked perpetrator calmly eating their severed body parts in front of them as they remain conscious. Could a police officer be next on the killer’s gruesome menu?

Based on Val McDermid’s best selling novel The Last Temptation, “Falls the Shadow” sees a confused Tony named as the main suspect when an Experimental Psychologist’s mutilated body is discovered in her hotel room, with Dr Hill’s blood and fingerprints all over the crime scene.
Young men are going missing in the dark episode “From the Defeated“, only to turn up beaten, strangled and shot in the head. The team must discover any link between these deaths and the underground world of dog fighting, and quickly, before another young victim is taken.

And finally, in episode 4 “The Dead Land“, Tony and Alex’s relationship begins to grow and evolve, but the socially inept doctor is continually missing all the signals. Meanwhile the freshly cleansed bodies of the homeless and vulnerable are turning up abandoned in Bradfield. Can the team collect all the pieces of the jigsaw before another gruesome death?

Starring Robson Green as the hapless yet brilliant Dr. Hill and Simone Lahbib as the supportive and patient Alex Fielding, Wire In The Blood remains one of ITV’s most popular series, with author Val McDermid nominated for the channel’s Writer’s Award for Classic TV Drama, alongside the likes of Colin Dexter, Ian Rankin and Lynda La Plante.

Order this DVD from Amazon

Wire In The Blood Series VI

Wire in the Blood set for series six…

Robson Green has to confront a cannibal killer with a deadly vendetta in a new series of the hard-hitting drama, Wire in the Blood.

Tony’s battle with the killer Michael (Jolyon Baker) forms the backbone of the eight-week series, which has a new format of four two-part stories.

When human remains are found on wasteland, Alex brings Tony to investigate theories of honour killings and fetishism. But the killer has Tony in his sights and the inquiry becomes frighteningly personal.

Tony also finds himself a prime suspect in a police investigation when a woman who tries to seduce him is found dead.

Alex and Tony join forces to track down the men or women responsible for a catalogue of shocking attacks in the northern town of Bradfield, including a series of prostitute murders, the mysterious disappearance of young men and bizarre killings of homeless people.

Once again, Tony’s uncanny understanding of human behaviour enables him to empathise with both victim and killer – even to the point of sensing the killings themselves. 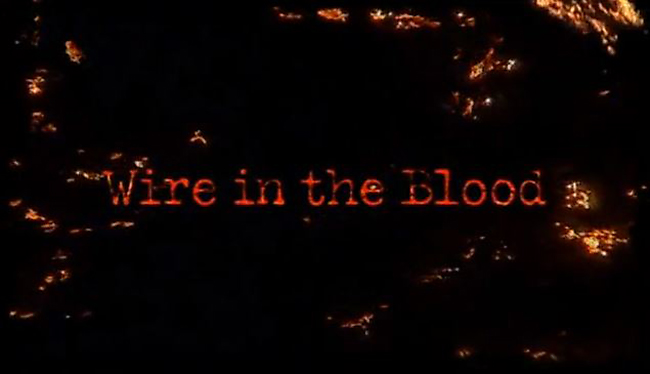 Clinical Psychologist, Dr Tony Hill and Detective Inspector Carol Jordan are reunited for four more dark and disturbing cases in Series III, hunting brutal killers terrorising the northern town of Bradfield. An obsessive fascination with the fractured criminal mind, leads Dr Hill and D.I. Jordan on an intense and vivid journey into a dark world of faceless serial killers. It is a race against time as they try to anticipate the killer’s very next step, and identify the next possible victim, each case putting more pressure on their close relationship.

Series IV sees Tony Hill’s calls to Carol Jordan going unanswered and with the appeal courts investigating his influence in a previous case, Tony must once again pit himself against the horrific serial killers stalking the northern town of Bradfield. But in ‘Time To Murder and Create’, as yet another body is discovered, do the police, and the new D.I. in particular, still want his help? Do they still trust his instincts as they hunt a callous sex fiend luring desperate young girls to their grisly deaths?

Wire In The Blood VI

“Filming is now under way for a sixth series of WITB. Again, we’ve got a terrific set of scripts and from what I’ve seen so far, performances to match. The special that was filmed in Texas over the summer, Prayer of the Bone, will be aired early in the New Year, so keep an eye on the UK TV schedules and make sure you don’t miss it. I guarantee it’ll have you sweating in your seat.” 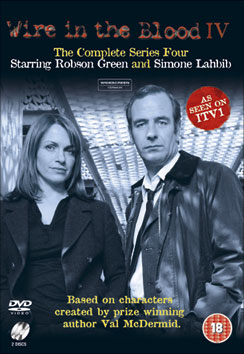 The Blood – and the cases are his most disturbing yet.

With his calls to Carol Jordan going unanswered and with the appeal courts investigating his influence in a previous case, Tony must once again pit himself against the horrific serial killers stalking the northern town of Bradfield. But in Time To Murder and Create, as yet another body is discovered, do the police, and the new D.I. in particular, still want his help? Do they still trust his instincts as they hunt a callous sex fiend luring desperate young girls to their grisly deaths?

In the episode Torment, based on the novel by award-winning author Val McDermid, Tony must also find the vicious killer attacking prostitutes with razor blades and save a close team member from certain death. But what could the killer want with her? Delve into the murky, secretive world of the Freemasons in the episode Hole In The Heart. Is this secret society behind a wave of horrific sacrificial deaths and suicides? And what is the Church’s role in these gruesome deaths?

And in the final episode of this suspense-filled series, when a convict blames his profiling for what

looks like a gross miscarriage of justice, Tony is finally forced to question whether he still has that uncanny ability to see into the minds of killers and rapists. Has his tumour effected his judgement?