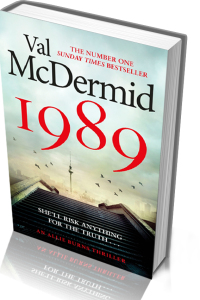 1989. The world is changing, and Allie Burns is still on the front line, covering the stories that count.

Although Allie is no longer an investigative journalist, her instincts are sharper than ever. When she discovers a lead about the exploitation of society’s most vulnerable, Allie is determined to give a voice to those who have been silenced.

As Allie edges closer to exposing the truth, she travels behind the Iron Curtain, to East Berlin on the brink of revolution. The dark heart of the story is more shocking than she ever imagined. And to tell it, Allie must risk her freedom and her life . . .

Praise for Val’s first book in this series 1979