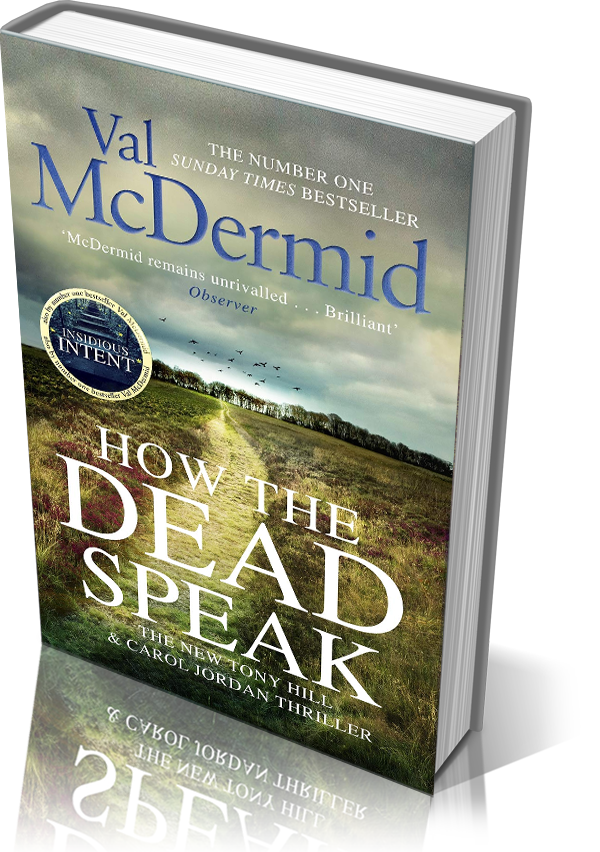 How the Dead Speak

The next eagerly anticipated, electrifying thriller from number one bestseller and queen of crime, Val McDermid, featuring the unforgettable Tony Hill and Carol Jordan. Book 11.

Val McDermid is an award-winning, crime-writing powerhouse, and now she returns to her explosive, thrilling series featuring psychological profiler Tony Hill and ex-DCI Carol Jordan in her latest How The Dead Speak (Book 11 in series).

After an explosive case that forced Tony Hill and Carol Jordan to reassess everything they thought they knew about right and wrong, both are dealing with the fallout in their own separate ways. While Tony must pay the price for his actions, Carol is conducting investigations into suspected miscarriages of justice.

With Tony behind bars and Carol finally out of road as a cop, he’s finding unexpected outlets for his talents in jail and she’s joined forces with a small informal group of lawyers and forensics experts looking into suspected miscarriages of justice. But they’re doing it without each other; being in the same room at visiting hour is too painful to contemplate. Meanwhile, construction is suddenly halted on the redevelopment of an orphanage after dozens of skeletons are found buried in the grounds. Forensic examination reveals they date from between twenty and forty years ago, when the nuns were running their repressive regime. But then a different set of skeletons are discovered in a far corner, young men from as recent as ten years ago.

When newly promoted DI Paula McIntyre discovers that one of the male skeletons is that of a killer who is supposedly alive and behind bars—and the subject of one of Carol’s miscarriage investigations—it brings Tony and Carol irresistibly into each other’s orbit once again. A shocking, masterfully plotted novel that will leave readers breathless, How The Dead Speak is McDermid at her best and a can’t miss read long-time fans and new readers alike.