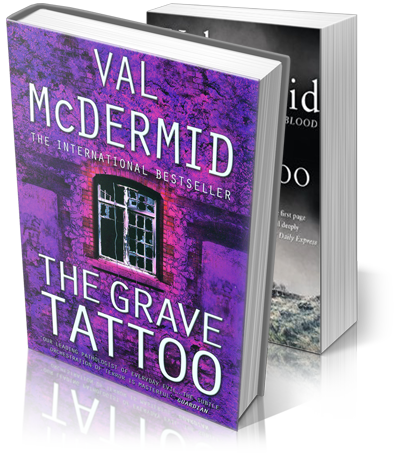 Synopsis:
A superb psychological thriller in which present-day murder has its roots in the eighteenth century and the mutiny on the Bounty. When torrential summer rains uncover a bizarrely tattooed body on a Lake District hillside, old wives’ tales also come swirling to the surface.

For centuries Lakelanders have whispered that Fletcher Christian staged the massacre on Pitcairn so that he could return home. And there he told his story to an old friend and schoolmate, William Wordsworth, who turned it into a long narrative poem – a poem that remained hidden lest it expose Wordsworth to the gallows for harbouring a fugitive. Wordsworth specialist Jane Gresham, herself a native of the Lake District, feels compelled to discover once and for all whether the manuscript ever existed – and whether it still exists today. But as she pursues each new lead, death follows hard on her heels. Suddenly Jane is at the heart of a 200-year-old mystery that still has the power to put lives on the line. Against the dramatic backdrop of England’s Lake District a drama of life and death plays out, its ultimate prize a bounty worth millions.

Val McDermid is an intelligent, supremely talented novelist and with this latest tale, she is writing at the height of her power. Utterly compelling.

Serial killers, though meat and drink to crime writers, are thankfully rare. It is a tribute to the power of Val McDermid’s imagination that she made this one seem so believable.

Val McDermid, as ever, is adept at engendering irresistible suspense, as the fearsome attractiveness of the ever more benighted and bloody predicament works its effect on readers.’

There are some terrific twists. McDermid gives a new jerk to the storyline and the chase is on again.

No one compares to McDermid.

An especially taut and inventive thriller. This is McDermid on top form.

One of our most accomplished crime writers…compelling.

A superb psychological thriller in which present-day murder has its roots in the eighteenth century and the mutiny on the Bounty.