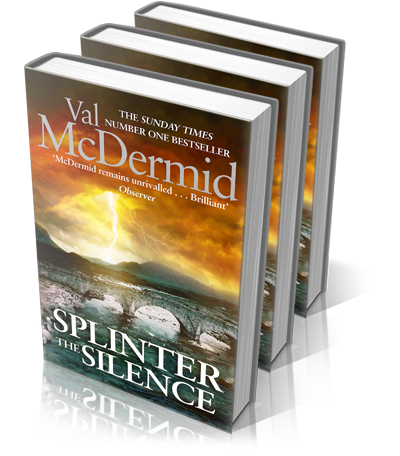 ‘That day, waiting had been almost unbearable. He wanted something more spectacular, something that couldn’t be ignored. These deaths needed to make a mark . . .’

Psychological profiler Tony Hill is trained to see patterns, to decode the mysteries of human behaviour, and when he comes across a series of suicides among women tormented by vicious online predators, he begins to wonder if there is more to these tragedies than meets the eye. Similar circumstances, different deaths. Could it be murder? But what kind of serial killer wants his crimes to stay hidden?

Former DCI Carol Jordan has her own demons to confront, but with lives at stake, Tony and Carol begin the hunt for the most dangerous and terrifying kind of killer – someone who has nothing to fear and nothing to lose . . .

Number one bestseller Val McDermid continues with another gripping, chilling, suspenseful novel, featuring two of the most distinctive and unforgettable characters in crime fiction: Tony Hill and Carol Jordan.…

Splinter the Silence is one of the Boston Globe’s Best Books of 2015!

The Los Angeles Times included Splinter the Silence as one of their 56 fiction and poetry picks for the holidays in the mystery thriller category!

The real mistress of psychological gripping thrillers; no one can plot or tell a story like she can.

So gripping it puts your life on hold.

I’m already thinking of my top five books of the year, and this one is definitely on the list.

McDermid’s 29th novel proves she has not lost an iota of her expertise.