From Dawn Till Dusk with Val McDermid…

CRIME writer and Raith Rovers sponsor Val McDermid is also the writer of Margaret Saves Scotland, her first play. Directed by Marilyn Imrie and featuring Tori Burgess, Simon Donaldson and Clare Waugh, it premiers in Glasgow before touring to Edinburgh and Aberdeen. 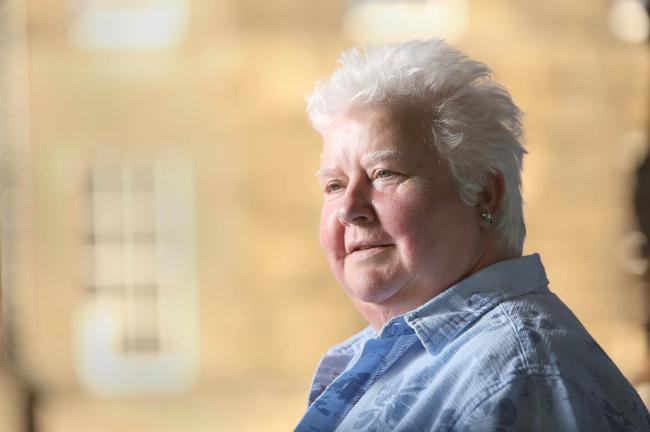 IT doesn’t matter what time the alarm goes off, I resent it. I’m not good with mornings. I weigh myself, shower, dress and head for my Aeropress. Then a process that requires a series of automatic actions and no thought. Grind beans, boil kettle, put filter paper in Aeropress, add coffee, place on mug, pour water and push the piston down.

SHOCK news; Val McDermid has come up with a tale that doesn’t involve dismembered body parts, sexual abuse and acts of violence so heinous readers in bed are compelled to pull duvets over heads.

McDermid’s new story is in fact a play, Margaret Saves Scotland, and will be performed at Glasgow’s Oran Mor theatre where duvets are indeed thin on the ground. It’s a huge shift in writing platform for the crime writer who can claim to have had over 10m books published in 30 languages.

So what has prompted the Fife-born writer to turn her imagination to a fairly small stage in a basement theatre in Glasgow’s West End? Why is McDermid suddenly challenged by the need to compete with the pie and pint that comes with the entrance ticket?

The former journalist explains her story idea has been fermenting for some time. “The jumping off point for the play was the death of my friend Margaret Myles a couple of years ago,” she explains. “Margaret (who grew up in the north of England) had told me when she was a little girl she fell in love with Scotland. And this little girl determined that if Scotland were to become a great nation again all it needed was a great leader.

“So when she was nine she ran away from her home in Yorkshire to go and save Scotland.”
Margaret didn’t make it, perhaps not surprisingly. McDermid smiles in recall; “She said later her great mistake was in taking Brenda with her. It transpired that her pal Brenda was a bit of a wimp and when she lost her shoe in the river that was it and they headed for home.”

McDermid loved the anecdote, and knew she had to develop it. “The play is a tribute to Margaret’s memory, but it’s also an exercise in ‘what if?’ possibility. What if Margaret had made it to Scotland?’

The play feeds into the confusion Scotland suffers from at the moment; where are we going? What will happen to us post Brexit? Who will save us from ourselves?

“I hope it does feed into the national conversation, either overtly or subconsciously,” says the writer. “And like everyone in Scotland we’re wondering where we’re going and what’s going to happen. But this is not a political piece.”