HEADING outdoors? Don’t forget your wellies and umbrella – a “book flood” is on the way. 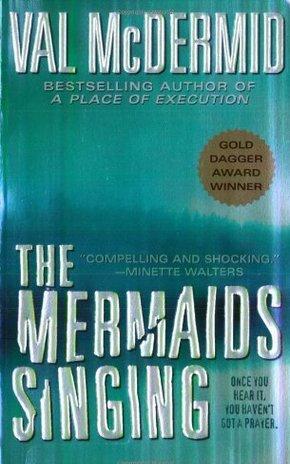 Publishing bosses aim to convince Scots to create a deluge of literature that will flow through the festive season.

Organisers of Book Week Scotland want to encourage the public to practice the Icelandic tradition of Jolbokaflod – which roughly translates as “Christmas book flood” – and during which paperbacks are swapped on Christmas Eve and the night spent reading.

The tradition is so popular that most book sales in the country occur between September and December. Now people in Scotland are urged to take part in their own ScotBookFlood to celebrate links with Nordic countries and encourage the sharing of literature as part of Book Week Scotland.

Letter: Val McDermid on the importance of Kate Millett, author of Sexual Politics…

I tore through Kate Millett’s Sexual Politics over a weekend in 1973. At the time I was in my second year at St Hilda’s College, Oxford, studying English, which was in many respects a deeply conservative course. But after a friend lent me the book, it was as if an explosion had gone off in my head.

My politics had always been of the left, but I’d never really encountered a feminist perspective before. Sexual Politics allowed me – it forced me – to look at the world in a different way.

I was on fire with what I had read. I couldn’t stop talking about it. I went into my tutorial the next week and launched into a 10-minute rhapsody about the book and how it had transformed the way I looked at the canon. My tutor, Anne Elliott, a distinguished middle-class English Christian who specialised in The Faerie Queene, listened patiently, then said:“Ah yes, dear Kate. I supervised the thesis that became Sexual Politics.” It was as if Margaret Thatcher had claimed responsibility for Simone de Beauvoir.

McDermid and Mina up for McIlvanney Prize…

Val McDermid and Denise Mina have been named among the five finalists for the McIlvanney Prize for Scottish Crime Book of the Year 2017.

The other three contenders for the overall prize are Craig Russell, Jay Stringer and Craig Robertson.

A panel of judges including comedian and crime fan Susan Calman, writer Craig Sisterson and programmer of Granite Noir, Lee Randall, whittled down the final five from a 12-strong longlist featuring “some of the best names in Scottish crime fiction”.

Russell has won the award before, Robertson is one of the founders of  Bloody Scotland International Crime Writing Festival, while the judges described Stringer as a “relative unknown”.

McDermid has been shortlisted for Out of Bounds (Little, Brown), which follows protagonist Karen Pirie, who the judges say is “one of the most engaging and charismatic of all the fictional Scottish Detectives”. Mina’s “elegantly written” The Long Drop (Random House), “confirms Denise Mina’s stature among the great Scottish crime writers” according to the judges, while Russell’s The Quiet Death of Thomas Quaid (Quercus), has been praised for being an “assured riff on a classic noir caper which reveals Glasgow in all its gritty and compelling glory”.

Robertson’s Murderabilia (Simon & Schuster) features “an intriguing premise in a contemporary setting which tiptoes along the darker edges of crime fiction with an unusual detective at its heart”, while Stringer’s How to Kill Friends and Implicate People (Thomas & Mercer) is an “unexpected and explosive novel” which proves the writer has “reached the major league of Scottish crime fiction”, the judges said.

Judge Sisterson said: “Reading the books for the prize has been a pleasure and a privilege, and has convinced me that Tartan Noir is a sparkling gem on the global crime-writing stage.”

The winner is to be announced at the opening reception of Bloody Scotland International Crime Writing Festival at Stirling Castle on Friday 8th September. The award recognises excellence in Scottish crime writing, includes a prize of £1,000 and nationwide promotion in Waterstones.

Original article from The Bookseller